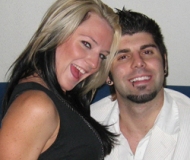 A Look Back at a Decade of Pick Up w/ Sinn

In this latest interview, the number one pick up artist in the world, Sinn, joins me to discuss the last decade in pick up.

Sinn shares some of his biggest insights and advice from his seven plus years in the PUA community teaching men how to get better with women.

We also discuss some of the major mistakes men make in their journey to get this area of their life figured out.

In this interview you’re going to learn:

Sinn has also released a really great free video tutorial series and you can watch the entire series by going here.

Hey do you think you can get Ratisse to do an interview with you? I think you would get a lot of value out of it.

He just did one with Rob Judge over at tsb mag. That one would definitely rock and I’m almost 100% sure he would be more than glad to do it!

sure man, i’ll hit him up and ask him… i read rob’s interview and enjoyed it.

Next post: Live the Life of Your Dreams (w/Sean Stephenson)